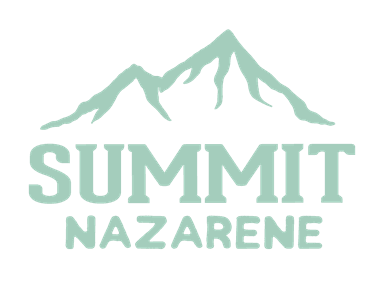 Summary: We were created for community

In the days when the judges ruled,[a] there was a famine in the land. So a man from Bethlehem in Judah, together with his wife and two sons, went to live for a while in the country of Moab. 2 The man’s name was Elimelek, his wife’s name was Naomi, and the names of his two sons were Mahlon and Kilion. They were Ephrathites from Bethlehem, Judah. And they went to Moab and lived there.

3 Now Elimelek, Naomi’s husband, died, and she was left with her two sons. 4 They married Moabite women, one named Orpah and the other Ruth. After they had lived there about ten years, 5 both Mahlon and Kilion also died, and Naomi was left without her two sons and her husband.

6 When Naomi heard in Moab that the Lord had come to the aid of his people by providing food for them, she and her daughters-in-law prepared to return home from there. 7 With her two daughters-in-law she left the place where she had been living and set out on the road that would take them back to the land of Judah.

8 Then Naomi said to her two daughters-in-law, “Go back, each of you, to your mother’s home. May the Lord show you kindness, as you have shown kindness to your dead husbands and to me. 9 May the Lord grant that each of you will find rest in the home of another husband.”

Then she kissed them goodbye and they wept aloud 10 and said to her, “We will go back with you to your people.”

11 But Naomi said, “Return home, my daughters. Why would you come with me? Am I going to have any more sons, who could become your husbands? 12 Return home, my daughters; I am too old to have another husband. Even if I thought there was still hope for me—even if I had a husband tonight and then gave birth to sons— 13 would you wait until they grew up? Would you remain unmarried for them? No, my daughters. It is more bitter for me than for you, because the Lord’s hand has turned against me!”

14 At this they wept aloud again. Then Orpah kissed her mother-in-law goodbye, but Ruth clung to her.

15 “Look,” said Naomi, “your sister-in-law is going back to her people and her gods. Go back with her.”

16 But Ruth replied, “Don’t urge me to leave you or to turn back from you. Where you go I will go, and where you stay I will stay. Your people will be my people and your God my God.

Important Takeaway: Being Left is an event, staying Lonely is choice.

Now Naomi had a relative on her husband’s side, a man of standing from the clan of Elimelek, whose name was Boaz.

2 And Ruth the Moabite said to Naomi, “Let me go to the fields and pick up the leftover grain behind anyone in whose eyes I find favor.”

Naomi said to her, “Go ahead, my daughter.” 3 So she went out, entered a field and began to glean behind the harvesters. As it turned out, she was working in a field belonging to Boaz, who was from the clan of Elimelek.

4 Just then Boaz arrived from Bethlehem and greeted the harvesters, “The Lord be with you!”

“The Lord bless you!” they answered.

When did your lovely place become a lonely place?

Moab represents a mental place. Do you need to move out of a lonely mindset?

Read Ruth 1:7. Do you need to leave the place you have been living?

In verse 7, Ruth says she is going home. Have you been living in a place far from God and his people? Are you ready to come home?

Read Ruth 1:14. Do you have Orpah relationships? (People who love you for what you can do for them)

What is a covenant?

Are you bitter? Things in isolation taste bitter. Read Romans 8:28. How does this verse apply to Ruth and how does this apply to your life?

Read Ruth 2:1-2. Have you put yourself in a position to leave lonely?

Going into the field could mean joining a small group, making a call or getting a gym membership.